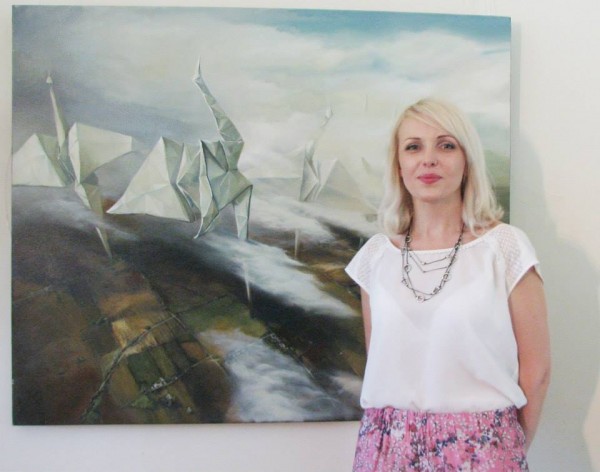 Artist ... turned succesful designer/businesswoman ... turned artist ... as a role model and mentor Olena has a great deal to offer for both young and mature students of art.

Olena is a consultant tutor and course Director for Children's Classes at Sydney Art School.

Her list of awards is impressive and grows at a rate faster than we can keep up with. 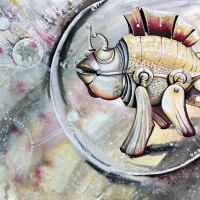 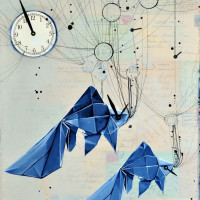 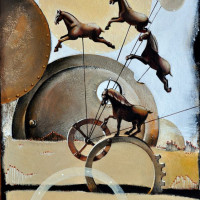 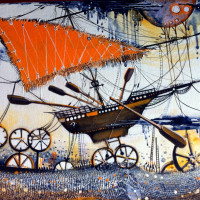 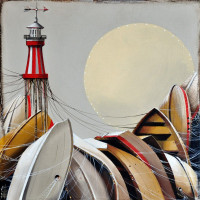 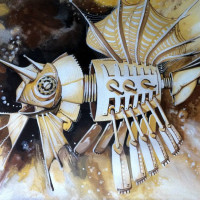 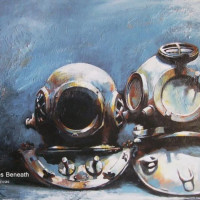 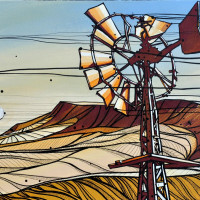 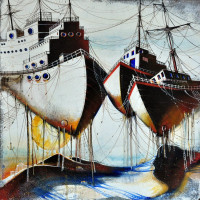 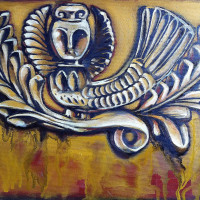 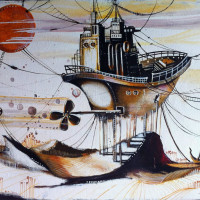 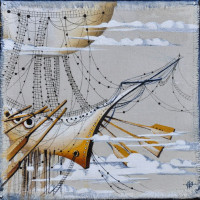 Born in the east of Ukraine in 1977 Olena studied at the Kharkov State Academy
of Design and Art and was awarded the 1st place in the Art Student Diploma Competition.

She went on to complete her masters degree in fine arts and
ran a successful interior design company with an emphasis on graphic design. At the same time she continued to pursue an artistic career.

Based in Sydney Olena works with all the painting media and often produces works using a mixture of these elements.

She uses the full palette and has a number of distinct styles ranging
from surreal through neo industrial to real life.

Olena says her inspiration comes primarily from real life and from the interpretations she gets from seeing things in a variety of settings. She loves the wide variety of landscapes Australia has to offer and receives inspiration from the sea, people and man made structures.

Art Classes & Workshops with this Tutor